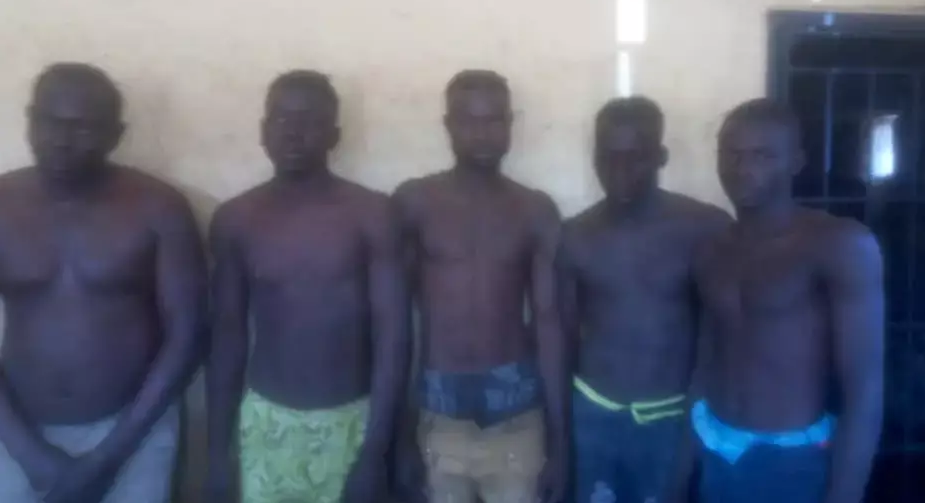 Five escaped mob motion right after currently being nabbed whilst trying to destroy a 10-calendar year-outdated boy in a bush in Jalingo, Taraba State's capital.

The suspects who were being paraded by the Nigerian Safety and Civil Defence Corps (NSCDC) on Tuesday January 14, lured the boy to a bush in the vicinity of Kona village with statements of cutting their boss' nails.

They were being unknowingly followed and busted by villagers who were suspicious of their motive of employing the minor boy.

“When we got the protection details that some younger adult males suspected to have been carrying out ritual activities in Kona village ended up caught with a 10 many years previous boy, our adult males moves quickly to the village and arrested the circumstance.

In advance of their arrest, the suspects inflicted a deep machete lower on the back of the 10-yr-outdated boy who was rushed to the Federal Professional medical Center in Jalingo. It is predicted that the suspected ritualists who have by now confessed to the crime will be prosecuted at the close of the investigation.